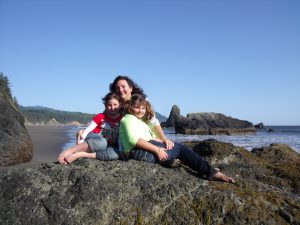 Welcome!! My name is Monica Ruddy DuQuette and I was born in Albany, New York. I graduated from the Guilderland School District and went on to study music at the College of Saint Rose where I graduated with both a B.S. and M.S. in Music Education. After spending the summer traveling the British Isles and Western Europe, I taught in the Enlarged City School District of Troy, NY for 12 years. During this time I taught elementary band, middle school general music, and directed the high school pit orchestra for the spring musicals. I also performed on my clarinet with various groups and my second major, tenor sax for the Nisky Cats, a Dixieland group.  Many great memories were had playing  Reed 2 at the Cohoes Music Hall as well.

In 2002 my family and I moved to Tampa Bay where I landed my first genera music job in Pasco County and have been an Odessa Wildcat for the past 10 years. We are very involved in exposing your children to the many aspects of the arts through class time and extracurricular activities, such as Chorus and both the Orff and Ukulele Ensembles.

If you have any questions about getting involved with Odyssey of the Mind, I was a coach for many years at Odessa when my own children participated.

Learning for the 21st Century!