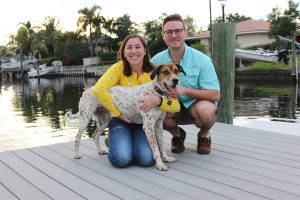 My name is Sophie Guidry and I have been at Odessa Elementary since 2018. I am from Mandeville, LA, and I graduated from LSU with a Bachelor Degree in Instrumental Music Education. I was a member of The Golden Band from Tiger Land during my time at LSU. I have marched two seasons with Louisiana Stars Drum & Bugle Corps, and one season with Bluecoats Drum & Bugle Corps, winning the 2016 World Championship. Outside of school, I teach marching band at Gaither High School and visual technique at Louisiana Stars Drum & Bugle Corps. I have two pets, a dog (Roux) and a cat (Poncho). I enjoy traveling the country with my boyfriend, Ryan.

Learning for the 21st Century!